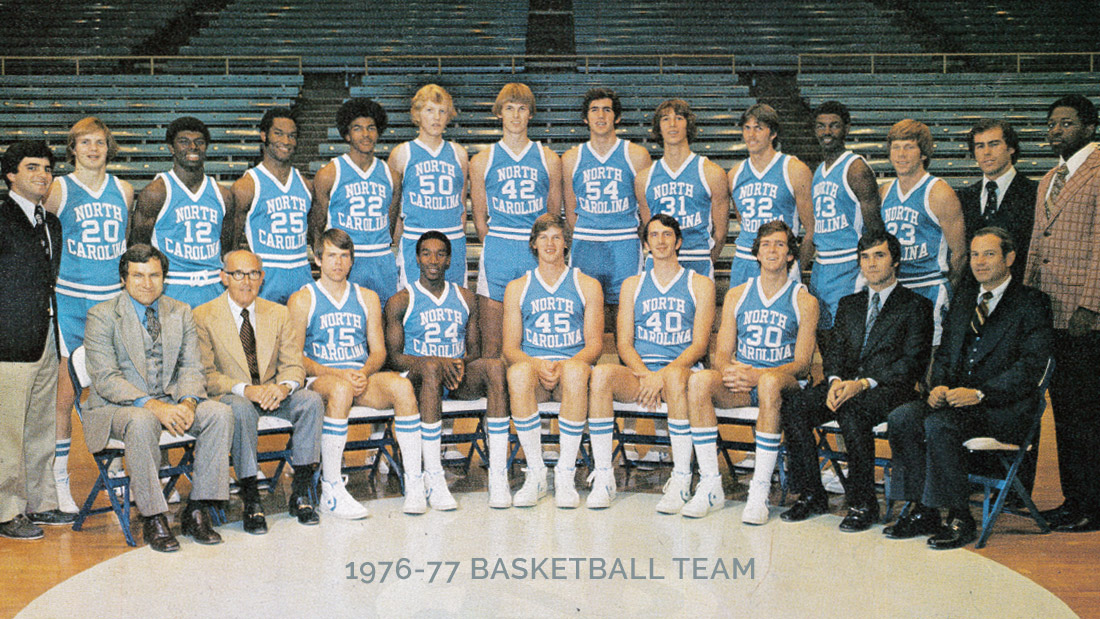 04 Mar The best player I ever played against

“So who is the best player you ever played against?” is one of the most frequent questions I hear. Having played against guys like Magic Johnson, Sidney Moncrief, Mike Gminski, Skip Brown and many other All-Americans, the competition is steep, but I can honestly say the best was Phil Ford. He was my teammate for three years at UNC. With all due respect to Michael Jordan, Phil is the most beloved former Tar Heel of all time.

Phil graduated one year ahead of me in 1978. He left school as the all-time scoring and assist leader. He won the Wooden Award as the most outstanding collegiate basketball player his senior year. Selected in the first round of the NBA draft, he went on to become the league’s Rookie of the Year. 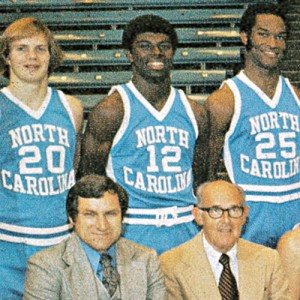 Watching Stephen Curry control a basketball game from the guard spot has brought back many memories of competing against and watching Phil every day for three years. Phil was not the shooter Stephen is, but he could control a basketball game in his own way. He controlled the game by always making the players around him better. Phil competed full out once he stepped on the court. A good friend and nice guy turned into a complete, competitive athlete once the practice or game began. He played the game the way I believe it was designed to be played. Unfortunately for me, he never got tired! The tired signal (taking yourself out of the game) Coach Smith employed for his players never came into use by Phil!

It has taken many, many years to understand the greatness of Phil. He certainly made me a better player, though I doubt I helped him at all. I wish today’s players would take notice of how he played offensively and defensively. He is the poster guy for making the “First Easy Pass”. Phil was in constant motion offensively, and he consistently lead by example. When your best player is the first to dive on the floor, finishes first in sprints and is constantly encouraging teammates, the coaching job gets a lot easier!

Enjoy the clip below, which features an interview of Phil discussing his trademark 360 spin move, his transition from UNC to the NBA and the general comradery of the game.

The greatness of Phil is demonstrated by his selfless nature and his excellent athletic skills. It was an honor to be his teammate. Though Phil is widely known, I look forward to introducing some of the best players and coaches you never heard of in future posts.